Zakynthos (also called Zante) island has been known since the mythical years. It is clear that its neighborhood with the Peloponnese, its size and the fertility of its land marked by early exceptionally favourable conditions for colonization.

On the way to see mentioned in Homer, as Iliessa, namely forested and said that it belonged to the kingdom of Ithaca and its people took part in the Trojan War.

Unfortunately, a systematic archaeological survey to Zakynthos has never been made, apart from a limited excavation made by the English archaeological school in 1943 with a most significant discovery the arched tomb of Alikanas.

However, random findings such as the ancient Greek sign of the Chancel Table in the Church of Saint in Melinado, the exonarthex (outer narthex) columns of the same temple, coins, architectural elements, etc., that occasionally come to light, in different positions, combined with the information of ancient writers convince us that there is a significant past here.

Zakynthos both in classical and Hellenistic to Roman times always plays a part, the one that its location and size permit it, contributing that way to the historic events of each period. For the exact time that Christianity was spread into the island of Zakynthos there is no historically attested information, although it is concluded that the new religion prevailed not before the middle of the 3 rd century AC.

Zakynthos was certainly part of the Roman and Byzantine Empire that followed. It is noteworthy that to the various administrative divisions that have been implemented, in the early centuries of the empire, we see Zakynthos falling consecutively to Illyrians and Longobardians. Later on, during the years of St Leo the Wise all the Ionian islands inclusive of Zakynthos took part in the matter of Kefalonia (Cephalonia). This administrative form does not seem to have changed since then, although the significant changes to the limits and the number of topics often make it difficult to monitor them. It should be noted that Zakynthos belonged to Rome ecclesiastically until the middle of the 8th century, when the diocese of Zakynthos was brought under the Patriarchate of Constantinople. Top of the page

By the middle of the 12th century, the Ionian Islands still belong to the Byzantine Empire. Their position, however, at the western boundaries of the empire occasion various raids of barbarian tribes, the most important of which is the incursion of Norman Sicily, in the late 11th century.

This way the final occupation of the islands and their cut by the Empire is prepared. Driven by the new mentality that the crusades create in Europe and taking advantage of the Byzantium’s weakness to effectively defend all the Empire’s territories, the Franks invaders occupy the Ionian islands and set up the first Frankish hegemony in Greece.

Thus in 1185 Zakynthos and Kefalonia are occupied by Orsini who set up the Palatine Komiteia of Kefalonia – Zakynthos and create the conditions for the seven centuries political separation of the islands from the rest of Greece.

The hegemony of Orsini runs until 1357 and a key feature of their sovereignty was the attempt to impose Catholicism, eliminating the Orthodox dioceses of Zakynthos and Kefalonia.

In 1357 the Komiteia is under the rule of the Tokkoi family. The new sovereigns, equally ambitious, but more skilful than the Orsini succeeded, by following their example, to significantly expand Komiteias limits. Prompted by the perception that the occupied territories to mainland Greece were much preferable to the possession of the islands only, they succeeded to conquer parts of Akarnania and Epirus. The islands were under the strong hegemony of the Tokkoi, who had organized the administration and the finance of the Komiteia. So, people talk about the committee, the captains, for servers (Procuratori), for checkers and cashiers (Sopramassari).

Towards the end of their hegemony, at the 15th century, Orthodox monasteries are founded in Zakynthos and Leonardo Tokkos the third refounds in 1452 the Episcopal throne of Kefalonia – Zakynthos, which had been abolished by the Orsini, although it is clear that this was mainly an act of political expediency. Under these conditions the islands have been developed. The population increases and the economy blooms. The city that was under the hill that rises behind the current and a fortress, not the surviving, ranked probably oldest Byzantine, protected it from hostile attacks.

The hegemony of the Tokkoi family and thus the period of the Frankish domination expires in the recent decades of the 15th century, when the last Tokkos helplessness in the face of the Turkish incursion and unhelpful by the Franks of Neapolis renounce, escaping the futile attempt of resistance. Venice was particularly interested in this new situation, which offered it the opportunity to make real the sovereignty, which was recognised on the Ionian Islands three centuries before by the act of distribution between the Byzantine Empire and the partners of the Fourth Crusade. The capture is a matter of honour for Venice, which hastens thereby to create new conditions in front of the net remitted by the Turkish expansion risks. Top of the page

The Venetians in 1485, overcoming the parties’ intention of the Tokkoi family to recapture the lost leadership and playing a truly remarkable warships and diplomatic game with the Turks occupy Zakynthos and 15 years later Kefalonia also.

Features of the Venetian domination that make it stand out are the introduction of an organized and experienced administrative machinery and the granting of a genuine religious freedom.

Moreover Zakynthos over this period takes on special significance for Venice, as its great dominions, such as Naupactus, Methoni, Navarino and Koroni were held by the Turks.

Settlements and influxes of refugees towards Zakynthos are impressive.

Venetian soldiers, refugees from Constantinople, the Peloponnese, Athens and Crete settle in Zante and turn it into a melting pot, in which the fruitful interaction of all these elements will arise a common spirit that will translate into all kinds of art, architecture, poetry, the theatrical floor and painting.

In terms of social and administrative structure, the residents were divided into three classes, to the noble (Nobili), the bourgeois (Civili) and the people (Popolari). Of course, the enormous financial organization that was made to Zante at this period of time favoured the middle class, businessmen, professionals, scientists, craftsmen, while farmers remained backward economically and spiritually. The education that was still poor for the countryside and entirely accessible for the nobles who lived in the city favours the above situation.

However, the ever-growing, over the years, opportunities to acquire education have to highlight important personalities that excel in music, poetry, drama and painting. The state of affairs that was established in Zakynthos and prevailed for three centuries below the Venetian domination expires at the last 18 years of the century, when Zakynthos in 1797 was occupied by the French. Top of the page

The French and Russian-Turkish period

The conquest of the Ionian Islands from the French Republicans is the beginning of a new series of adventures for the islands and their inhabitants. Four major European powers, France, England, Russia and Turkey are trying to acquire the sovereignty of the islands. The first French occupation of Zante island holds just 15 months. In October 1798 the Russian flag was waving on the island’s fortress. The Russo-Turkish occupation of the islands lasted almost two years. Finally, in March 1800, the two governments decided the establishment of an independent state with the name Eptanisos State, but which independence would be protected from both Russia and Turkey. The life of the Eptanisos State lasted for seven years only, as French troops in 1807, imperial this time, were putting up again the Ionian Islands under their protection. Top of the page

The half-century of the English sovereignty of the islands that followed is generally a troubled and turbulent era. The new ideas that scattered throughout Europe the French revolution arrived at the Ionian Islands too quickly. The development of the working classes and farmers mainly reversed the economic and social balance. In spite of the European domination of the last centuries the blood that was flowing in Zakynthian people’s veins was Greek, a thing that was manifested on the one hand by the induction to Filiki Eteria (i.e Society of Friends) of a significant number of people and on the other hand by the help that the island has given for the toss of the Turkish yoke.

All the above have created conflicts with the English government that tried to take every possible measure of enforcement. However, except for the periods of arbitrariness the English occupation is connected with the implementation of several projects in the common interest. The English occupation of the islands is the last period of prosperity, which coincides with the mid-19th century.

From that point onwards to the end of the century, the incentive to the handover of four hundred years speed will maintain a superficial and less effective intellectual and economic growth, altough there is evidence that may not last much longer. The 20th century, the new social, political and economic conditions created the causes of permanent decline. What is left after 1900 is only the outer coverings of the old Edge, a case that is given by a project truly eloquent in quality and volume, but that has already reached a final stage of development and a strong folk tradition which even today is surprising in a number of occasions with her presence.

But in this important project, having now acquired the character of a monument, an artistic heritage, valuable for the entire country doesn’t currently exist (most of it). The earthquakes of 1953, a fact of fate but known through the long history of the island, have definitively destroyed it. So, today, visitors, who will want to discover signs of old glory of Zakynthos and communicate with the architectural and artistic tradition should be removed from the city, to navigate around the island, to match the monasteries that still live in the mountains and come closer to the old ruined houses in the countryside. The tradition is still there, alive, rich, able to explain and teach. 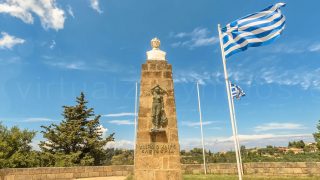 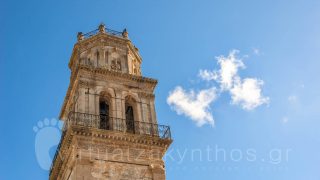 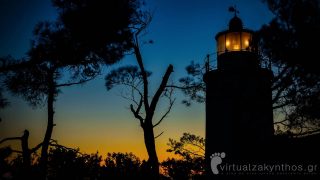 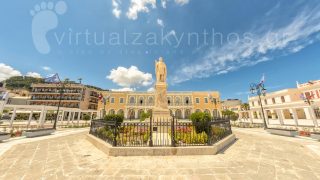 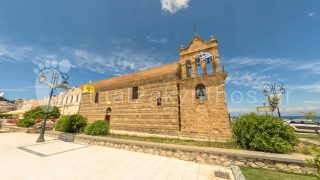 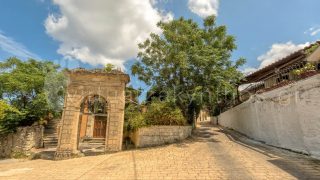 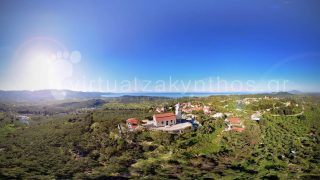 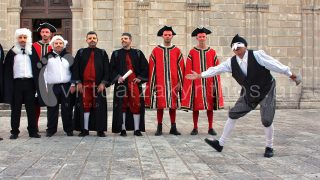