On the North West coast of the Greek Ionian island of Zakynthos you will find Shipwreck Cove or Smugglers Cove, also called Navagio Beach which is probably the most famous beach in Greece and can only be accessed by boat but is well worth the trip.

This picturesque beach has been photographed and featured in many holiday brochures, travel books and televised advertisements. The boat was shipwrecked back in 1980 after hitting rocks in bad weather while being pursued by the Greek Navy who suspected it was carrying contraband cigarettes.

Those tourists planning to lounge in the sun are advised to bring all necessities with them as there are no facilities in this secluded bay. A sun umbrella is a must, as the heat radiates off the white cliffs and there is no shade on the beach to get away from it, especially at midday.

As you can see from the photos, Shipwreck Beach is enclosed within large steep cliffs which give it this remote, inaccessible feel. Because of that, it is impossible to walk to the beach, instead you will need to take the boat. Frequent boat service to Shipwreck Cove is provided from nearby Porto Vromi located to the south, or from the Harbor of Saint Nikolas in Volimes, located to the north of Shipwreck Cove. You can also take a boat from island’s capital city of Zakynthos. However when we visited Shipwreck we went on the boat trip run by the Potamitis Brothers which you can catch near the Lighthouse at Skinari.

Shipwreck Cove is one of the most popular sights in Greece. Many travel guides agree that Shipwreck is the most photographed place in Greece, getting even more attention than the Acropolis of Athens or the Parthenon. Because of that, if you choose the peak of the day during high season, chances are good you will have to share this rather cosy cove with thousands of other visitors. In order to avoid overcrowding, go to Navagio Beach either early in the morning or put off your visit until later in the afternoon (at around 3pm).

Because of growing popularity, tourist boats run to Shipwreck Cove often and even boats that head to other locations usually make a brief stop at Shipwreck Cove so the place is truly busy between 10 am and 2pm.

To get spectacular photos of Shipwreck Cove from above, you can drive up on top of the cliff where viewing platform on the edge of the cliff offers amazing photo opportunities. Most postcard photos are taken from there. To get to the viewpoint, just follow the road signs which read “Navagio”.

When you visit Zakynthos do not miss out on an amazing boat trip to the wonderful Shipwreck Cove. 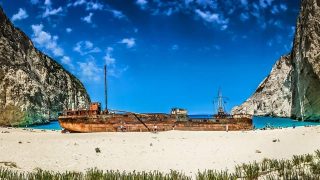 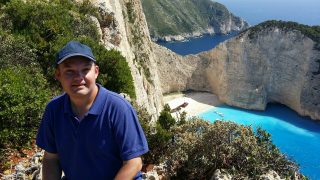 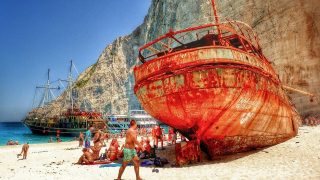 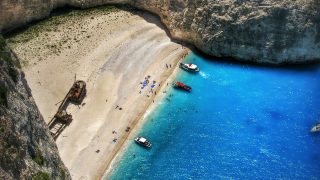 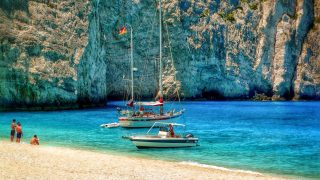 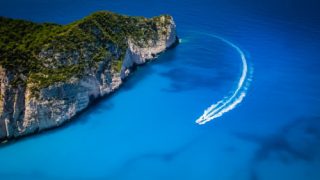 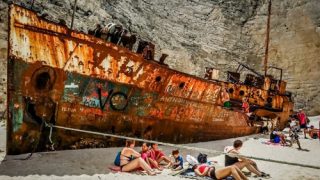 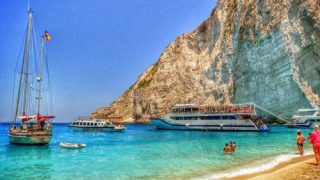